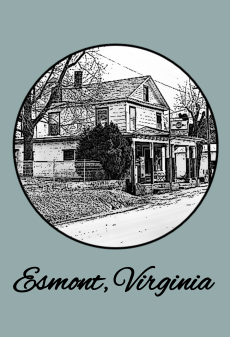 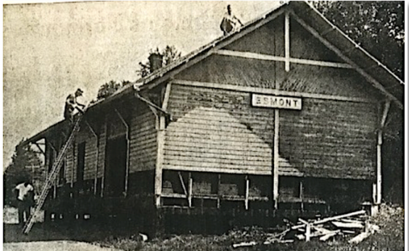 PROJECT DESCRIPTION:The original Depot in the Historic Village of Esmont, (the village), was removed when the railroad tracks were taken up in 1964, taking the Village name signs with it.  The Village lost a major part of its identity when it was abandoned by the C&O Railroad.

Friends of Esmont, Inc. has been researching the possibility of rebuilding the depot on or near the original site.  Working with the C&O Historical Society and friends of Esmont with strong interest in trains, it was learned a copy of the original drawings of the depot do not exit.  However, there are drawings of the standard depot being built at that time that can be used.

BENEFIT TO THE COMMUNITY: A new Depot with the Village name signs on either end would be valuable in helping identify the Village and restoring dignity.  The Depot would house a small museum containing story boards describing the origin of Esmont and its rich history.  With a trailside location, the Depot would serve as a rest stop for those using the trail.

RELATIONSHIP TO OTHER PROJECTS: The Depot would serve as the Trailhead for the Esmont-Alberene Quarry Line Trail. Outdoor bathrooms, snack machines and parking would be provided for those using the trail.

SUSTAINABILITY OF PROJECT: The Depot will be given to Albemarle County as part of their trail system.